Time lapse of the Diamond Engineering Building, University of Sheffield

Certus Technology have an office in the Innovation Centre, Portobello, in Sheffield across the road from The Diamond building, part of the University of Sheffield. The building was constructed on the site of the former Jessop Hospital between June 2013 and December 2015. My office block has a window that looks out over the site, and for 2½ years I took a photo from the same window.

The first draft of the time lapse is here.

Some observations about my pictures and the building works:

The time lapse was created using the open source AVCONV program with the command:

and the images from my old phone were padded using a loop in bash and ImageMagick with the commands:

And finally, here is a picture of the front facade of the old Jessop Hospital taken from near the junction of Leavygreave Rd and Regent Terrace, Sheffield, S3 7QB on the 3rd February 2007. 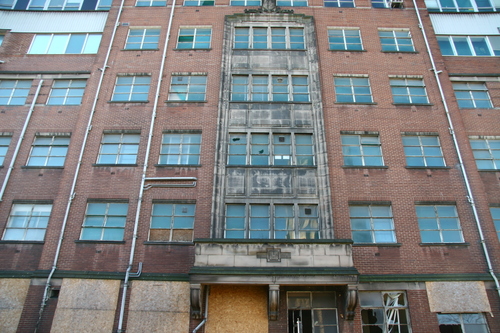